Turn The Volume Up Whether you’re head banging to metal or writing that report with Beethoven in the background, there’s something almost sacred about music. It has a way of making us feel good, not just on an emotional level, but also on a physical and maybe even spiritual level too. No one really understands why this happens, but we have some theories.

1. Music has a way of boosting your ego

I don’t mean that music makes you more likely to be like that super buff guy at the gym who’s always trying to correct everyone else’s workout routine, but it definitely sparks a flame in you. When your jam comes on, all you want to do is boogie.

Even if you know you have terrible dance moves, you probably aren’t going to care if your song is blasting in the club. After all, it is your song.

Don’t believe me? Have you ever seen anyone stop in the middle of a Beyoncé song because they’re embarrassed? No, because in that moment, you’re the star and you own it.

It’s like music is that extra boost of courage you need to let your wild side come alive. Add a little liquid courage and you have an electric duo that no one will forget.

2. It can alter your mood

Just got dumped or broke up with someone? Time to turn on that breakup playlist on Spotify (we’ve all been there). Listening to sad music when you’re down in the dumps actually makes you feel a little better.

According to researchers from Freie Universität Berlin, there’s actually an emotional process that goes on when you’re sad and listen to melancholy music. By connecting to the songs, you’re able to kind of vent and feel less alone because the artist also went through a tough time (a little romantic, isn’t it?). It’s an easy way of reaching that cathartic release.

3. Music can make you push it to the limit

Workout playlists actually have some pretty cool benefits besides getting to listen to “Eye of the Tiger.” It can help you keep the pace to your reps. Your body can synchronize its movements with the music’s beats which could lead to you doing more than you had planned.

It can also distract you from how hard your workout might be. You can relax a little bit when lifting the bar instead of just focusing on how tired you are. If you have those noise cancelling headphones, you can also avoid hearing how out of breath you are (this seriously comes in handy when you’re running).

Music also makes you want to move. You probably will be taking less breaks when you’re listening to fast paced songs. You will more likely to get in a good workout with music because you’re less likely to take breaks and slack off.

4. Music can relax you 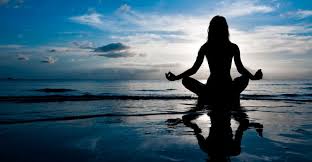 Soothing music can help you cool off and wind down from a long day at work. It can also help you figure out why you were upset earlier or make a tough decision. Music has a nice way of allowing you to release all of the tension you’ve been storing and rebalance yourself.

This is exactly why there is always some sort of background noise when you get a massage or are waiting for an appointment. It helps keep you calm and relax. It also attempts to distract you from how long you have actually been waiting, but that isn’t really fooling anyone.